For those wondering why I haven’t returned your phone calls/emails/carrier pigeons for a while, this is the reason. And it’s a really good reason I promise. So I’ve just spent the last month tracking Album 2 for Melbourne rock powerhouse Jericco and wow this album is a beast. It has been a great ride and we’ve produced an incredible record. This album has got attitude about it! It’s my pleasure to link the stream to latest single ‘Colour Outside The Lines’.

We tracked most of this monster at at Sing Sing South, between the back studio and my mix room. I was pleased with the room sound I achieved for the drums in back studio space and it was a nice change from Forrester’s old lab in the front studio. Well… to be honest the rooms felt a little dead in the early mix stage, but I tried a few distortion tricks on the kit with some cool results. Ended up getting a great vibe on the kit, which is excellent because the back studio is a really fun space to work in! 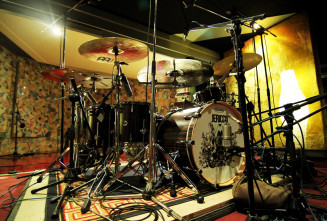 I went for an aggressive tone with Brent’s vocals on an U87, not being shy with my gainstaging on the JLM. I really love the authentic emotion Brent conveys in this record; sometimes during tracking vocals I would turn around to see him absolutely rocking out, feet and fists and all! No autotune on this one kids.

Jericco has always been a bass heavy outfit, with Roy renowned for smashing his bass front and center at shows. I really tried to push the bass sound on this record, going for yet again, a more aggressive tone. Also helps in the low end department when I have Forrester Savell mastering these tunes! Looking forward to mixing the rest of this beast over the next few weeks.

Also make sure you get down to see Jericco with Closure in Moscow at Rolling Stone’s Live Lodge series of popup shows in Melbourne this September: 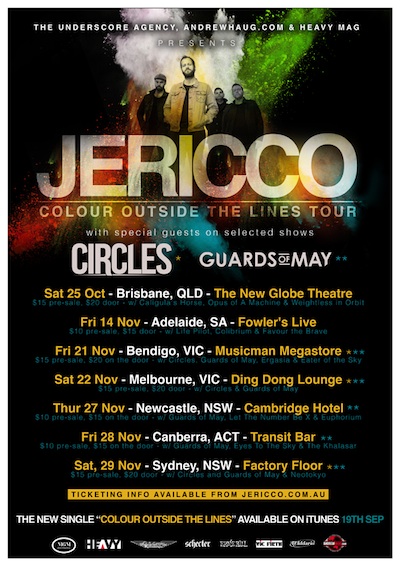